Jennifer Montone: It All Started with Youth Orchestra

Home / Jennifer Montone: It All Started with Youth Orchestra 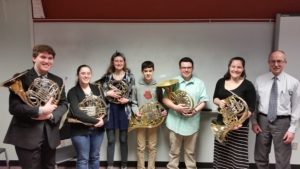 From winning the Paxman Young Horn Player of the Year Award in London at age 19 to receiving the prestigious Avery Fisher Career Grant at age 29, Jennifer Montone, principal horn of the Philadelphia Orchestra, has a resume filled with accolades. Was there a critical experience or turning point that launched her remarkable career? YOBC members won’t be surprised to hear her answer: “What really got me super into music was a youth orchestra,” says Montone.

In particular, she remembers having the opportunity to travel at age 13 with her older sister’s youth orchestra to Scotland. “The community aspect was great,” she recalls. “It’s so good for this age group to find a place where you belong.”

Today Montone is a world-acclaimed soloist, chamber musician and teacher. While performing takes up the bulk of her time, she finds coaching students at the Curtis Institute of Music “incredibly illuminating.” “They’re so talented and great, and they’re trying to figure out how to be an adult in this field—what they want and why they’re pursing it,” she says.

She’s also thrilled to work with the talented student musicians at YOBC, some of whom participated in a master class she gave in February 2017. Giving a master class—in which a student receives one-on-one instruction in front of a classroom audience—is uniquely challenging, says Montone. “You are trying to help the person in front of you but you also have an audience that you want to engage,” she points out. “You need to talk broadly enough so that other people find it relevant.” 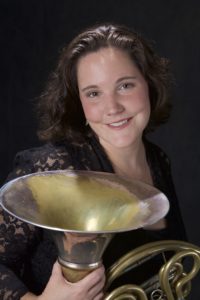 Teaching has a profound influence on her own playing, says Montone. “When I’m at a plateau, I try to use the things I tell my students,” she explains. That’s right—even Montone gets stalled out. “It happens cyclically,” she says. “It may be the nature of the field, as it would be with anything where you are striving with single-minded focus.” Her advice to students is to surround themselves with support. “I’m very close with my high school teacher, and I try to keep in touch with people who have known me a long time,” says Montone. “That deep love and understanding is powerful.”

She also advocates taking a break during practice. “When I have a lot of negative talk in my head, I stop and take care of myself. And I remind myself that I did the best that I could do today.”

On March 11, 2018, Montone will perform the Richard Strauss Horn Concerto No. 1 with YOBC’s Symphony Orchestra at Delaware Valley University. This 19th century piece has been described as one of the most challenging works for the horn, using the highest and lowest notes in the instrument’s register in rapid succession. To play it, Montone has said, “I have to get in the mindset of nobility and joy and just bravery and the festive nature of this piece. It’s such a pleasure to listen to and to play.”