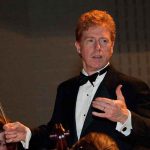 Robert Loughran, YOBC Music DirectorConductor, Symphony OrchestraROBERT LOUGHRAN is currently a member of the Arts Faculty of Princeton High School, where he serves as Music Director of the orchestra program. He is a former member of the music faculties of Westminster Choir College of Rider University and Bucks County Community College. Holding a Bachelor of Arts from Gettysburg College and a Master of Music from Northwestern University, Mr. Loughran has studied conducting with Dr. Joseph Barone, founder of l’École Monteux, and Herbert Blomstedt, Honorary Conductor of the Leipzig Gewandhausorchester. He has conducted the Greater Princeton Youth Orchestra, Temple University’s Gifted Young Musicians Baroque Orchestra, the Main Line Symphony, and the Orchestra Society of Philadelphia. 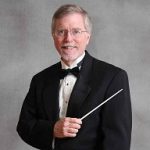 Steven B. Sweetsir, Assistant Music Director
Conductor, Fanfare Winds
STEVEN B. SWEETSIR has a distinguished career as a conductor and performer. Mr. Sweetsir received a Bachelor of Music Performance degree from New England Conservatory of Music and earned a Master of Music degree from Ithaca College. As a French horn player, he has performed with the US Coast Guard Band, the Portland Symphony, the Elmira Symphony, the Corning Philharmonic, and many other performing organizations. He is currently active in the area as a performer and conductor. He is a member of the Delaware Valley Philharmonic and Bucks County Symphony, performs frequently with chamber ensembles, and is an active soloist. He is also the Music Director of the Delaware Valley Wind Symphony. Mr. Sweetsir was the founding conductor of the YOBC Wind Ensemble. 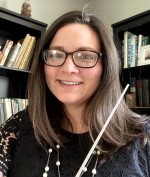 Emily Anastasi
Conductor, Prima Strings
EMILY ANASTASI is forever grateful to her mom for starting her down her musical path with piano lessons at the age of 4 and violin lessons at the age of 8. She is a proud YOBC alum, a past coach of the YOBC String Ensemble, and a former teacher in the YOBC Morrisville Students in Concert Program. Ms. Anastasi currently teaches music at Bensalem High School, working with the school’s Symphonic Winds, Concert Band, Orchestra, piano students, and Select String Ensemble. A West Chester University graduate in music education, Ms. Anastasi previously worked for The Philadelphia Orchestra, where she oversaw the Orchestra’s education and community engagement programs as Manager of Collaborative Learning. She was a guest mentor for the North Brunswick Township High School Orchestra in its Carnegie Hall debut, and she performed in “The Gonzales Cantata” debut at the Philly Fringe Festival. A frequent performer in the Philadelphia region, Ms. Anastasi continues to play professionally at weddings and other events and has performed with the Bucks County Symphony Orchestra, the Main Line Symphony Orchestra, and the Lower Merion Symphony Orchestra. Ms. Anastasi holds a Master of Education degree from Cairn University and is a recipient of the Yale Distinguished Music Educator Award. She resides in Langhorne with her husband, John and their two children, Luke and Violet. 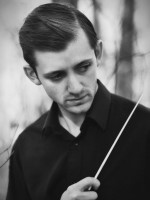 Sebastian Grand
Conductor, Philharmonia
SEBASTIAN GRAND is a Director of the Grand School of Music in Pennsylvania and active as a conductor and educator both throughout Europe and in the United States. He is a First-class graduate of the Joint Course between the University of Manchester and the Royal Northern College of Music and has received a Masters with Distinction from the Royal Academy of Music in London. Mr. Grand is Assistant Conductor of the Bucks County Symphony Orchestra, Conductor of the Youth Orchestra of Bucks County’s Philharmonia, a faculty member at Lafayette College and a coach and accompanist for the Philadelphia International Music Festival. Mr. Grand studied on the Orkney International Conductors Course and received a full scholarship to conduct the Orchestra of the Swan in a public masterclass. He was Principal Conductor of the Guernsey Sinfonietta for seven years, co-founded the Odyssey Symphony Orchestra and has worked with numerous professional orchestras including the Royal Scottish National Orchestra, Trondheim Soloists and Baltimore Chamber Orchestra. Mr. Grand is a prizewinning pianist and has performed at major venues throughout Europe, including several appearances as concerto soloist. He has also worked as an adjudicator for several competitions, including the Bart Pitman Memorial Scholarship and the Caprio Competition. MORE

Noelle Casella Grand
Conductor, Ripieno
NOELLE CASELLA GRAND, an American born cellist and conductor, is a graduate of the Royal Academy of Music in London, where she received a Master of Arts and accompanying LRAM Diploma with Distinction. Prior to her years at the Academy, Noelle studied in New York at Sarah Lawrence College and at the Conservatorium van Amsterdam. Regularly in demand as soloist and orchestral musician, Noelle’s recent performances include Tchaikovsky’s Rococo Variations with the Old York Road Symphony, Vivaldi’s Double Cello Concerto with the Bach Festival Orchestra, and the Korngold Cello Concerto with the Guernsey Sinfonietta. Noelle has performed with such ensembles as the Philadelphia International Music Festival (PIMF) Piano Trio, Bach Festival Orchestra (Principal), Riverside Symphonia, La Fiocco (soloist), Pennsylvania Sinfonia (Asst. Principal), L’Offerta Musicale Venezia and the New York Consort of Viols. Upcoming engagements include a series of concerti with Amici Strings. As an internationally active pedagogue, Noelle is currently a Director of the Grand School of Music (New Hope, PA) and a member of the string faculty at George School (Newtown, PA). Noelle also recently participated as an orchestral coach at ECSOC (Elizabeth College Summer Orchestral Course) in Guernsey, U.K.

Karl Krelove
Conductor, Wind Ensembles & Clarinet Trio
KARL KRELOVE is a life-long resident of the Philadelphia area. After graduating from Hatboro-Horsham High School he earned a Bachelor of Music degree in clarinet performance from Temple University. In 1969 he joined the US Army Field Band with which he performed for three years as first clarinetist and clarinet soloist. On leaving the army he spent the next 35 years teaching and performing as a freelance clarinetist in the Philadelphia area. Retired in 2007 after 30 years of teaching music in the Neshaminy School District, Mr. Krelove, who still performs with several area orchestras, has continued teaching and coaching clarinetists in Lower Bucks County and is proud to have the opportunity to work with students in the YOBC program. 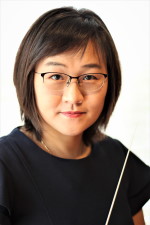 Hannah Pak
Conductor, Concertino
HANNAH PAK, born in South Korea and grew up in Philadelphia, has benefited from its public school Philly Music programs, receiving free weekly lessons on the violin, clarinet, and the harp. In addition to the school orchestral and choral ensembles, she participated in the Phila All-City Orchestra and Philadelphia Youth Orchestra, and went to Settlement Music School and Summer Camp. It is through these experiences that she desired to become a music teacher. She received her Bachelor in Music Education with emphasis on Violin Performance from Cairn University, where she studied with Bernie Berman, and his father, the late Louis Berman (original member of the Curtis Quartet), and Xiao-fu Zhao. She also studied with Helen Kwalwasser while pursuing her Masters degree in Music History at Temple University. She studied conducting with the late Maestro Dale Shepfer, David Shockey and Maestro Thomas Hong.

Currently, she is the Orchestra Director at Unami Middle School in Central Bucks School District, teaching grades 7-9 since 2005. She has conducted church youth orchestras for over 20 years, and has been a guest conductor for BCMEA String Day. Hannah is an active freelance violinist in the Greater Philadelphia area, including Bucks County Symphony Orchestra, Lower Merion Symphony, Southeastern Pennsylvania Symphony Orchestra, University of Pennsylvania Symphony and Chamber Orchestras, Cairn University Symphony Orchestra, Academy Choral and Chamber Society, Upper Dublin Choristers, Philly Camerata, Bach and Handel Chorale, and local churches. In the past, she performed with the Delaware Symphony and Bay-Atlantic Symphony. She also teaches violin and viola privately at the Pak Studio.

Dave Stockton,
Director of Percussion Ensemble
DAVE STOCKTON is currently an Associate Percussionist at the New Jersey Philharmonic Orchestra who also regularly performs with the Philadelphia Wind Symphony, the Steve Weiss Percussion Group and the Stockton-Willet Project. He has made his mark within the tuned percussion community having performed with the Capital Philharmonic, the Keystone Wind Ensemble and the Butler Symphony. Additionally, he is the Director of Percussion for Plymouth-Whitemarsh High School. 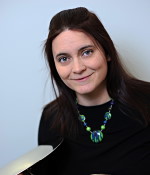 Erin Sweetsir-Mills
Conductor, Wind Symphony
ERIN SWEETSIR-MILLS is a music educator who directs the students of YOBC’s Wind Symphony to help them develop their musical skills and abilities. Erin believes that the study of instrumental music provides unique opportunities for students to work together, in a positive manner, towards common goals. Erin has more than 20 years of experience in music education, working with students from grade school through adults. She currently conducts the instrumental music programs and middle school choirs at Calvary Baptist School in Lansdale, PA, and is the music director of the Collegeville, New Horizons Band. Erin has studied conducting with Mr. Joseph Caminiti, of West Chester University and French horn with Shelly Showers, of the Philadelphia Orchestra. She holds a Bachelor of Music in Music Education from Temple University and is a proud member of MENC and Sigma Alpha lota.